A guide and directory to Seneca County New York genealogy, containing both online and offline resources for genealogy and historical research. This article contains sources of genealogical data about Seneca County such as biographies, cemetery records, census records, church records, court records, family records, land records, military records, naturalization records, and vital records. The vast majority of the material on this page are free to access. If we find a particular set of data that is not free we’ll place a $$$ at the end of it to signify it’s currently only available on a membership website.

Prior to March 24, 1804, Seneca County was part of various counties. When counties were established in New York State in 1683, the present-day Seneca County was part of the vast Albany County. A portion of Albany County became Tryon County on March 12, 1772. This county was named for William Tryon, colonial governor of New York. In 1784, following the peace treaty that ended the American Revolutionary War, the name of Tryon County was changed to Montgomery County in honor of the American general, Richard Montgomery. On February 16, 1791, portions of Montgomery County became Tioga, Otsego, and Herkimer Counties. Onondaga County was established from a portion of Herkimer County on March 5, 1794. The western portion of Onondaga County became Cayuga County on March 8, 1799. At that time, Cayuga County included the present Seneca and Tompkins Counties and part of Wayne County. 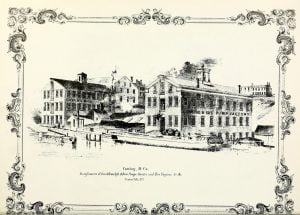 Seneca County was established from the western part of Cayuga County by an act passed by the New York State Legislature on March 24, 1804. At that time Seneca County stretched all the way from Lake Ontario to south of what is today Ithaca. More specifically, it was bounded on the north by Lake Ontario, east by Cayuga County, south by Tioga County, and west by Steuben and Ontario Counties. It was a strip some sixty-three miles in length with an average width of eleven miles, totaling 744 square miles or about one-half million acres.

There does not appear to be any one historical and/or genealogical society covering just Seneca County. There are numerous societies however found within the individual communities:

Users should also take advantage of the resources of the Central New York Genealogical Society who’s coverage includes that of Seneca County. They publish quarterly their 64 page Tree Talks publication which contains articles by noted genealogists, abstracts of records of genealogical significance and reviews of publications. They also publish an annual index of all names, and their 2009-2012 indices are available online: Tree Talks Every Name Index

To our knowledge, other then the Fayetteville Free Library, none of the other libraries have rooms or collections specific to genealogical research. The Lodi Library has sponsored genealogy classes in the past, and it’s possible they have an area of their library devoted to genealogy research in the area.

Approximately 8 million Americans have been the subjects of biographical sketches in collective biography volumes. While many of these sketches are in local histories, more than 3 million appear in books with a nationwide scope, such as Who’s Who in America and Men and Women of Science. In fact, approximately 2,000 such volumes exist and have been indexed by Mirana C. Herbert and Barbara McNeil in the Biography and Genealogy Master Index (Detroit: Gale Research Co., 1980?). $$$

The Study Center for Early Religious Life in Western New York was established at Ithaca College in July 1978. The chief purpose of the Study Center was to collect primary sources documenting religious life in the first half of the nineteenth century in central and western New York State. The Center was funded for three years with the provision that the resulting collections be transferred to this division for preservation and use.In September 1981 295 collections, mainly on microfilm, came to Cornell. The church records collected include minute books, sermons, membership registers, subscription books, trustee records, Sunday school records, circuit books, and Bible society records from numerous denominations. In addition there are papers of families and individuals including diaries, journals, letters, and account books. The following list contains the specific church resources available at Cornell University. Although most of the records were microfilmed, seventeen collections comprise original documents or photocopies. All material is available for use in the Division. Thirty-seven collections are restricted. In order to use these records, the visiting researcher must sign a form agreeing that information obtained from them will not be published or otherwise released in such form that any individual mentioned can be identified. Positive copies of non-restricted Church film may be borrowed. We do not search any of this film for mail inquirers. Requests for the loan of selected reels must be submitted through Interlibrary Services, Olin Library. Both the collection number and the title of each should appear on the request form. Address Interlibrary Loan Requests to: Interlibrary Services, Cornell University Library, Olin Library, Ithaca, NY 14853-5301.

The Stanley I. Reynolds Collection contains a variety of church records for Seneca County New York. You can access the specific volumes by requesting the microfilm from the Family History Center. Vol. 10-16 Seneca County Family records Church records, 1808-1884. Film Num. 812844. It contains the records for:

These records are not searchable. The records are images from probate records in various county Surrogate Courts in New York. These documents are extremely valuable to genealogists and should not be neglected. In many instances, they are the only known source of relevant information. Published as it’s full title at FamilySearch: New York, Probate Records, 1629-1971.

These records are only 6% indexed (based on last check on 25 Apr 2014). In order to research for your ancestor you’ll need to know the type of record you’re searching and an approximate date, and then do it the old fashioned way, browsing the pages. Here’s some quick links into the records specific to Seneca County.

The following contain links to known family trees of residents within Seneca County New York. We welcome additional links via the comments form at the bottom of this page.

Early births in New York state were recorded on the town level and the years vary by town. The New York State Department of Health began recording births in 1881 at a state level. Births were never recorded on the county level. This local aspect of birth records, along with the lack of publication has made access to these records more difficult. I would suggest approaching the Seneca County Historian for information about historical births in Seneca County.

Another source for birth records are Seneca County newspapers. Please see that section for specific newspapers and the available indexes for them.

Early marriages were sometimes recorded on the town level and the years vary by town. In 1880, town clerks were to record the marriage and a copy was sent to the New York State Department of Health. Marriages were recorded by the Seneca County clerk starting in 1908 and up until 1935.

There are numerous “New York” marriage record databases online at Ancestry, however, these lack any identity with Seneca County, and searches through them have failed to produce matches for towns or people within Seneca. Another source for marriage records are Seneca County newspapers. Please see that section for specific newspapers and the available indexes for them.

Another source for death records are Seneca County newspapers. Please see that section for specific newspapers and the available indexes for them.