His commission as Captain of the Privateer Schooner “Success” now in possession of the Marblehead Historical Society. 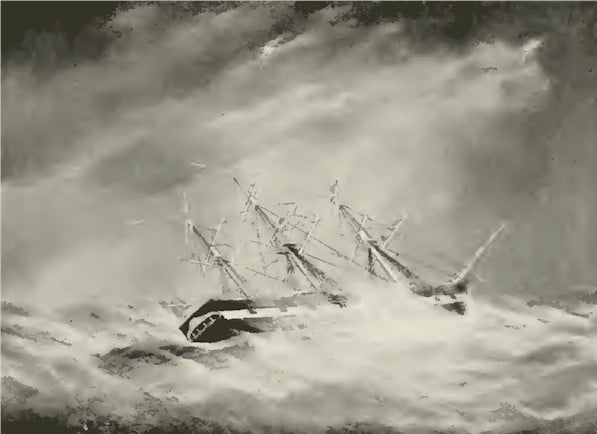 Capt. Devereux’s most thrilling experience was in the Ship Carnatic’s passage to Calcutta, during a hurricane.

When only 21 years of age in command of his ship, he was presented by the King of Denmark with a box of gold coins and six gold spoons for bringing his vessel safely into harbor during a storm, without a pilot. The spoons are now in possession of his grandson in Cleveland, Ohio.

Upon retiring from the sea, he was employed as Inspector by Loyds in Boston.
He first went to sea at 16 years of age.

Dixey rescued many lives from the burning Steamer “Missouri” in mid ocean.

While in the “Cohansey,” carried Capt. U.S. Grant, (afterward President) up the Columbia River to purchase Mules for the Government, bringing the entire load down to California successfully, a hazardous undertaking. 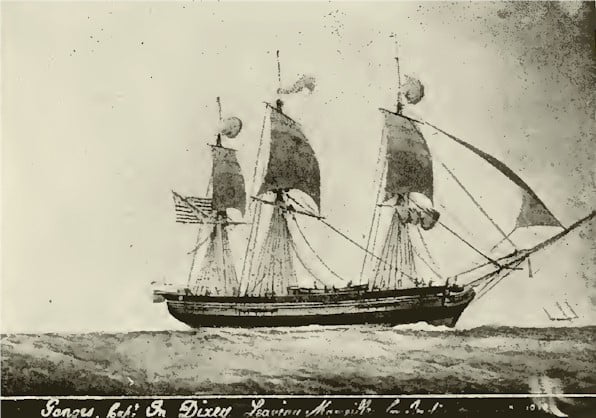 Was captured in the Ship “Mercury” by the French off Martinique, taken to Paris, kept for a year; then appeared before the Admiralty Board. On his testimony the vessel and cargo were released and he sailed from St-Milo. Meanwhile trouble breaking out between England and the United States, he was again captured and carried into Plymouth, England, where the vessel was condemned and sold and he sent to Ashburton Prison as a prisoner of war. After a few days he was given parole of honor (see cut, page 45) and allowed freedom between certain hours each day. At the end of a year he was exchanged, and allowed to come home, deprived of several years earnings. 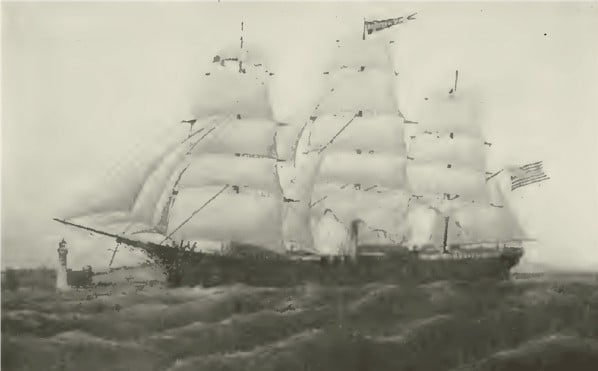 The first American flag raised in Foochoo, China, was at the American Consulate, by request of the consul Mr. Hunt of Salem, Mass., by Frank Millett, Second Mate and Wm. B. Symonds, Third Mate, both of Marblehead, on the Ship “Howqua,” Capt. R. W. Dixey. Mr. Symonds at this time, June, 1915, is in fairly good health at 80 years of age. 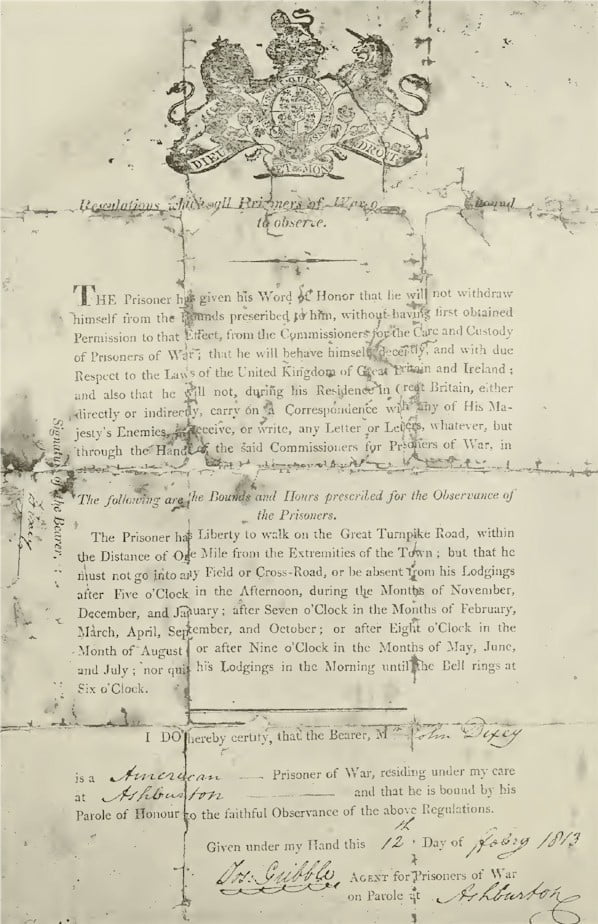 Parole of Honor
Capt. John Dixey’s parole of honor while a prisoner in Ashburton, England, in 1813, Original owned by his granddaughter, Mrs. W. B. Brown