Captain of Company, Col. John Glover’s Twenty-first Regiment. Captain of the Schooner Franklin on the expedition to Quebec the first naval expedition of the Continental service. 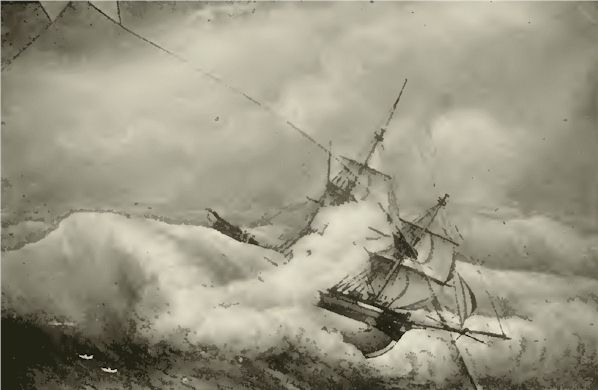 Drowned in Balboa River the 19th of August last by the upsetting of a passage boat, Capt. Archibald Selman of Marblehead commander of the Brigantine “America.” Salem Register Oct. 20, 1806. 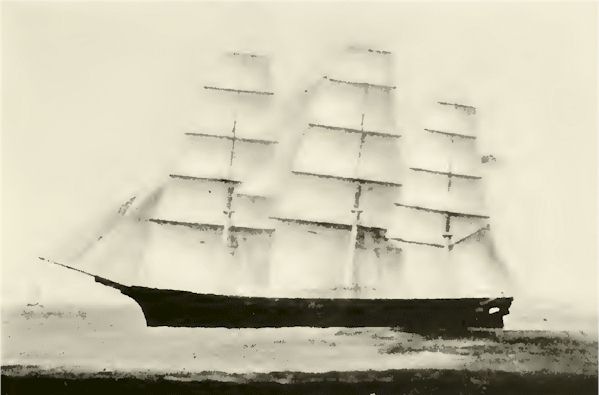 In 1853 Capt. Snow was mate of the Ship “Troubadour, Capt. Knott Pedrick, in 1854, mate of the Ship “Mercury,” Capt. Pedrick, making voyages between London, Akyah and Antwerp, in 1856 in the “Southern Belle,” Capt. F. Lewis. The ship caught fire on the Grand Banks, which landed him in New York with nothing but what he had on. His next voyage was in the “Belle of the Seas” built in Marblehead in 1857. In 1858 in the Ship “Gleaner,” Capt. Micajah Lunt remaining on her for ‘two years. In 1861, mate of the Ship “George West,” from Liverpool around Cape of Good Hope to Shanghai, returning via Singapore and Rangoon to Falmouth.

Taking command of the “George West” in 1862 in Holland, made a voyage to the East Indies, returning to Falmouth in 145 days, when it was decided to sell the ship on account of the risk from confederate cruisers. While on the passage to Liverpool to transfer the ship, ran deliberately into a deeply laden British East Indiaman to avoid being run down, snapping off her jib boom, leaving a jagged stump. Getting a tow into Liverpool the ship was transferred to British owners. In 1865, was first mate of the “Tennyson,” Capt. Edward Graves on a voyage to Calcutta and Bombay and Hong Kong. At Hong Kong he took command of the Barque “Zephyr,” lading with rice at Saigon for San Francisco, when she was sold. He then took command of the “Atlanta,” running up the coast with coal for Alaska, bringing back ice. He then made several voyages, bringing down lumber from Puget Sound.

In March 1870 Capt. Snow took the Barque “Sarah” to Honolulu, Phoenix, Ireland, and home around Cape Horn. While at Honolulu the American Guano Co., made him an offer to take charge of Baker’s Island, which he accepted; going back there and remaining a year. While there he came near being murdered by the natives, getting information in season from one of them, to enable him to escape. 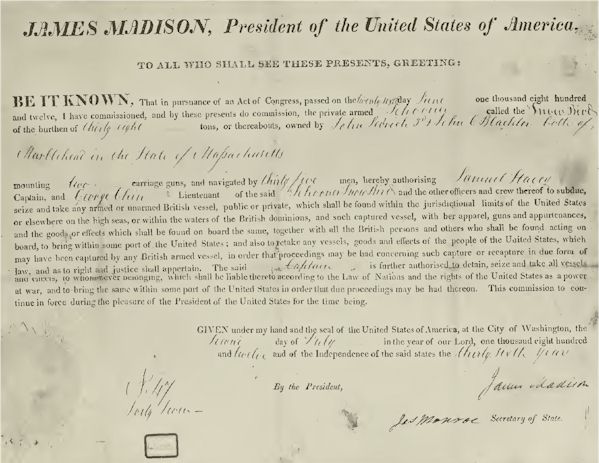 Capt. Samuel Stacey’s Commission as Captain of the Privateer Schooner “Snow Bird” Original in possession of the Marblehead Historical Society 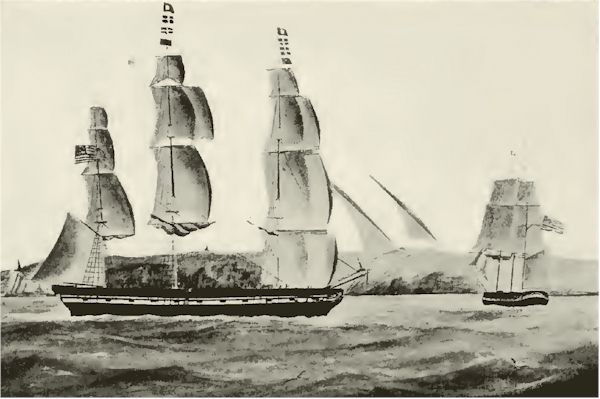 The Ship “Sapphire” for Apalachicola strikes in the dark, what is supposed to be a wreck in the Bahama Banks. The circumstance caused her to leak so badly that she was abandoned by her company the next day who took passage for Mobile. (Felt’s Annals, Vol. 2, P. 367.)

Capt Wm. Stacey like many another Marblehead boy. Was a sailor at a very early age, being on board a privateer during the war of 1812 only fifteen years of age; was captured by the English and taken to Dartmoor Prison and kept a prisoner for a number of years. At twenty-four was in command of a vessel, and continued for many years in that capacity in a number of ships.

Ship “Sapphire” Capt. Wm. Stacey, foundered in the West Indies, Mar.8, 1842 while on a voyage from Salem to Mobile.