We give below, two floating relics of “good Old Colony Times,” which have escaped from the finger of decay, and passed into the hands of the printer :

Shipped by the Grace of God, in good Order and well Conditioned, by John Russell Salor in and upon the good Scuner called, “The Swallow” whereof is Master under God for this present Voyage, John Roundey and now Riding at Anchor in the Harbor of Marblehead and by God’s Grace bound for the island of Barbados To say, one Hogset of JeinelR co cood fish containing Seven Quentels and a Half for which fish I promise to Bring in the produce of ye Island Being NJ Marked and Numbered as in the Margent, and are to be delivered in the like good Order and well Conditioned, at the aforesaid Port of Barbados (the Danger of the Seas only excepted) unto Mickel Wormstead or to his Assigns, he or they paying Freight for the said Goods, a pistole with Primage and Average accustomed. In witness whereof, the Master or Purser of the said Scuner hath affirmed to this Bill of Lading, of this Tenor and Date, One of which Bills being accomplished, the other to stand Void And so God send the good Scuner to her desired Port in Safety. Amen. (Spelling as shown in book)
Dated in Marblehead May 27th, 1751.
Michael Wormstead.

A bronze statue of him was Massachusetts’ contribution to the Trenton Battle Monument, adorning the west side of the entrance. Gov. Wm. E. Russell in presenting it, said “The bronze statue of a soldier of that Marble-head regiment, the contribution of Massachusetts to this monument, commemorates their valor.” The President of the Battle Monument Association, W. S. Stryker, in his address, says, “Col. John Glover and his magnificent Marblehead regiment of seafaring men did inestimable service in guarding the army over the dark and angry river.” 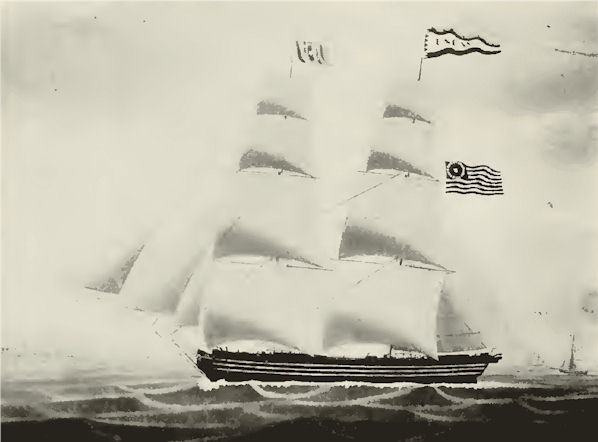