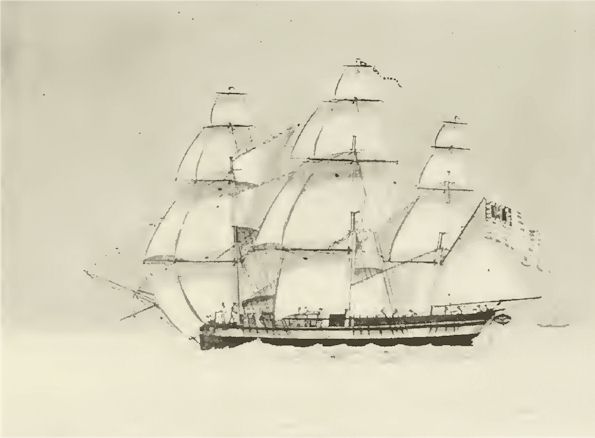 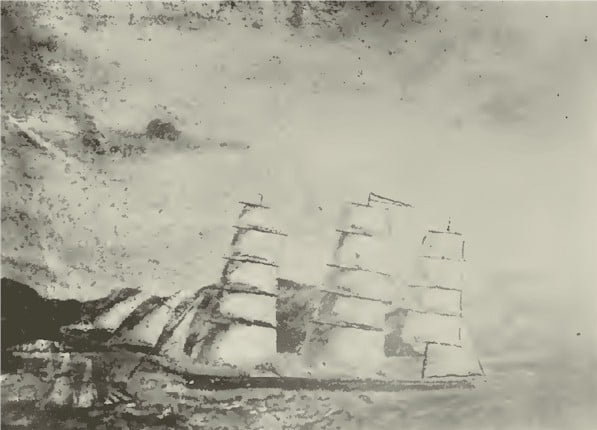 Ship “Tiber”
Original painting by one of the crew on a piece of the ship’s canvas, Owned by Mr. Frank Cole

Schooner “Mary and Eliza,” captured by pirates off Cuba while on a voyage to Matanzas in 1822. Recaptured by a U. S. vessel, taken to Charles-ton, S. C, and sold. Essex Institute Records. 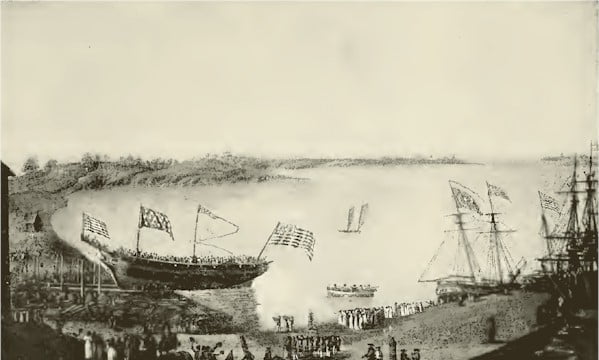 In 1780 while in the Ship “Thorn,” (captured by Capt. Samuel Tucker, afterward purchased by Wm. Gray of Salem and changed into a privateer) with a crew of 120 men, captured the Letter of Marque ” St. David,” 22 guns and 170 men, after a desperate encounter at close quarters.

Later while in the Ship “Marquis” captured another Letter of Marque. 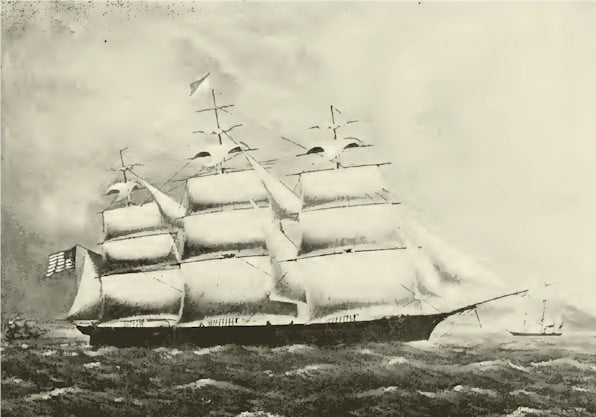