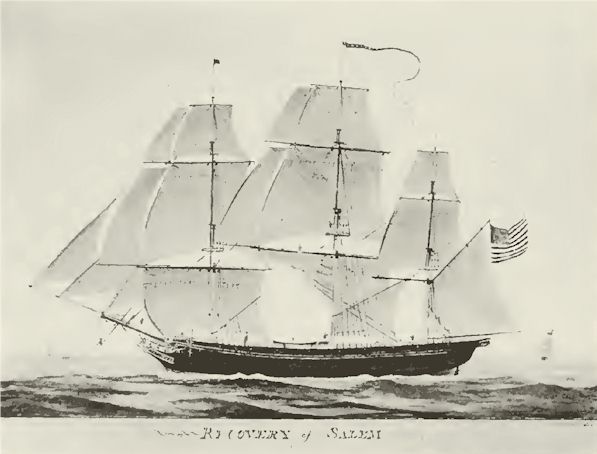 The “Recovery” visited Mocha in 1798, and is said to have been the first American vessel to visit Arabia. Built in Salem in 1794. Sold to Boston owners in 1811.

Ship “George Cabot” of Boston, Francis Bladder, Master, sailed from Matanzas, Aug. 22 last for Cowes, and has not since been heard from. Capt. B. and his first officer named Adams, belonged to Marblehead. The crew are supposed to have shipped in different distant ports, as the ship had been absent from Boston a long time. The G. C. cargo of 2400 boxes of sugar, on which, as well as upon the freight and vessel, there was insurance of $75,000. Also $5,000 on vessel in Marblehead.  Salem Register, May, 1840.

1776 Corporal in Capt. Nathaniel Lindsey’s Co., raised to reinforce the Continental Army.
1792 Schooner “Peacock.”
The Schooner “Peacock” was captured in Sept. 1793, on passage from Martinique, by the English Brigantine “Argus,” taken into a British port and condemned as a prize.

In Nov. 1779, the Letter of Marque, “Freemason,” was captured by a British Sloop of War fifteen guns. Capt. Boden, the second mate and a boy were left on the Brigantine, “Robert Wormstead,” and the rest of the crew kept on the British Sloop, handcuffed and thrust in the hold. The next day they rose on the sloop, captured her, and bearing down on the “Freemason,” ordered her to surrender and strike her colors much to the delight of Capt. Boden. This being successful, Capt. Boden was made Prize Master and ordered into Gaudaloupe where she was sold, the crew of the British Sloop being sent to prison.

“Wormstead” in command of the privateer returned to Marblehead. See Road’s History.

Capt. Boden during the war of 1812 commanded a privateer owned by W. Gray of Salem, was captured and imprisoned in Dartmoor Prison.

While on his last voyage engaged aloft fixing a spar, he fell, breaking his leg, which was set by the mate. Putting into Dundee, Scotland, he left his vessel in charge of the mate and returned home.
Later he was an officer in the U. S. Custom House holding the position until the election of Andrew Jackson.

Schooner “Meriam,” 82T.
This may be John Boden. 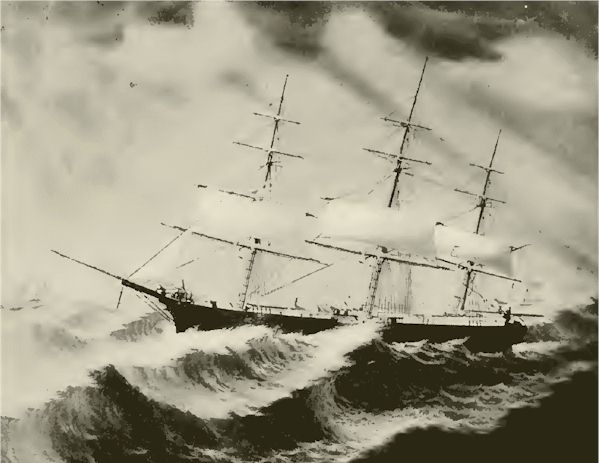 Forced to leave school at 13 years of age, going to the Grand Banks in a fishing vessel. At 22 was skipper of the Marblehead, in 1854 of the “John Phillips,” continuing in the fishing business until 36 years old, making trips in winter to Spain and West Indies, when he took command of the Ship “Mary,” built in Marblehead. He commanded this ship until the Civil War, when she was sold in London. While in the “Mary,” in 1858, struck on a coral reef on the Bahama Islands. The inhabitants of the Keys came off prepared to wreck the ship as was their custom, but Capt. Bridgeo and his crew succeeded in getting her off much against their opposition and attempt at bribery, taking her into New Orleans, receiving a handsome reward from the owners and under-writers for his successful work.
His next command was the Barque “Hellespont,” engaged in the African trade.

A true type of old Marblehead stock Capt. Bridgeo possessed to a marked degree all those rugged qualities which have made the race famous. He died in Marblehead in 1895, aged 76.