Capt. Candler served on board the Frigate “Constitution,” Com. Stewart during the War of 1812, being at one time prize master on a vessel captured taking her successfully into New York. He was in the Navy about 18 months.

One of the crew of the Privateer “America,” captured by the Frigate “Shannon” and taken to Dartmoor Prison.
1826 Schooner “Agenoria.” 9T. 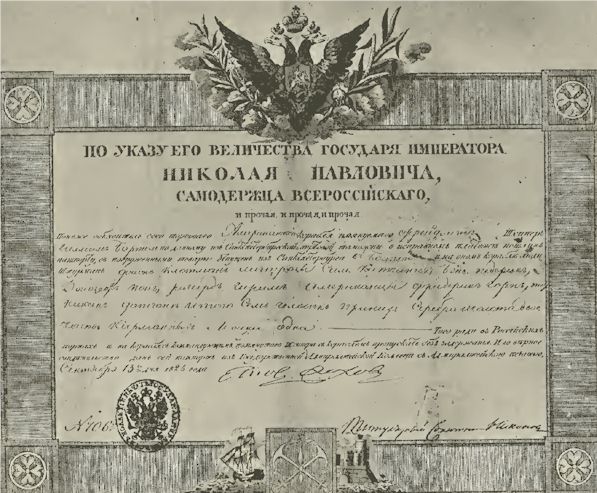 The Ship “Palladium” was built by an association of Salem men in 1816, for a Salem and Liverpool packet line, but the idea was never carried out, and she was sold to Boston owners in 1817. Essex Institute Records, July, 1905. 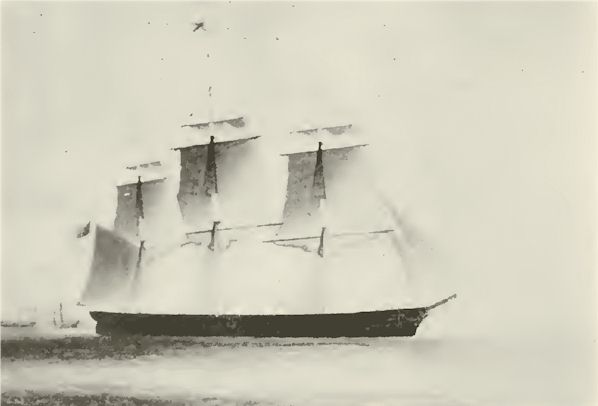 The “Flying Cloud,” built in 1851 by Donald McKay for Enoch Train, and purchased by Grinnell, Minturn and Co., of New York, was one of the fastest clippers ever launched. She had a figurehead of an angel on the wing, with a speaking-trumpet in her hand. She sailed from New York to San Francisco in 1851 in 89 days and 21 hours, under Captain Josiah Perkins Cressy. In one day she covered 433½ statute miles, 42 miles faster than any steamship had then done in the same time.

Joe Cressy was a genuine boy, large and strong for his age, freckled, good tempered and fond of rowing, sailing and fishing. When he got to be thirteen or fourteen years old, he used to get some one to lend him a dory and make short cruises to Salem and Beverly.

Shipping before the mast on board of a vessel bound for the East Indies, he advanced steadily through all the grades on shipboard, and became a captain at twenty-three.

When Capt. Cressy was appointed to command the “Flying Cloud,” he was well known in New York as he had commanded the Ship “Oneida” for a number of years in the China and East Indies trade and bore a high reputation among ship owners and underwriters, many of whom were his personal friends.

The “Flying Cloud” was probably the fastest-sailing ship that went to San Francisco, if not the fastest that sailed anywhere at any time, for she made four passages to San Francisco in 89, 89, 105, and 108 days, or an average of 97¾ days. The fastest trip ever made from New York to San Francisco, in 1851 was celebrated in San Francisco with rejoicing as every American in the town felt that he was nearer to his old home in the East. In the Atlantic seaports the news was received with enthusiasm and regarded by the Town not only as a personal victory for the owners, builder and captain of the “Flying Cloud” but as a triumph of the United States on the seas.

One New York paper in its editorial remarked, The Log of the “Flying Cloud” is now before us. It is the most wonderful record that pen ever indited, for rapid as was the passage, it was performed under circumstances by no means the most favorable.

As one by one the California Clippers came home from Asiatic ports around Cape Horn from San Francisco in 1852, it was found that almost all of them needed a pretty thorough overhauling aloft. The masts, spars, and rigging of the “Flying Cloud” were fine examples of the skill of her sailors in clapping on fishings, lashings, stoppers and seizing; while her topmast fids, crushed and broken were taken up to the Astor House and exhibited to the admiration of the town. Her owners had her log from New York to San Francisco printed in gold letters on white silk for distribution among their friends, and Capt. Cressy fled to his home in Marblehead in order to escape notoriety.

In 1854 the “Flying Cloud” repeated her famous passage of 89 days. On this passage the “Flying Cloud” gave a fine example of her sailing qualities. She sailed eight days after the “Archer,” also an exceedingly fast ship and led her into San Francisco by nine days. Capt. Cressy received a great ovation on this his second record passage and the merchants of San Francisco, always generous and hospitable, vied with each other to do him honor. Upon his return to New York a banquet was given him at the Astor House, then the finest hotel in the city, and a splendid service of silver plate was presented him by the New York and Boston underwriters.

In 1861 he was appointed a Commander in the United States Navy and assigned to the Ship “Ino,” carrying a crew of eighty men from Marblehead. On her second cruise in 186′-2 he made the record rim of twelve days from New York to Cadiz.

He made two voyages in the “Archer” to China.

For an average of the two fastest passages by one ship, the record of the “Flying Cloud’s” two in 89 days stands at the head.

The “Mary Whittredge” became one of the most famous clippers launched in 1855. She was built in Baltimore, and bore the reputation of being the finest and fastest ship sailing from that port. “From Clipper Ship Era.” Capt. Cressy, represented Salem in the Legislature; also one of the Board of Aldermen.